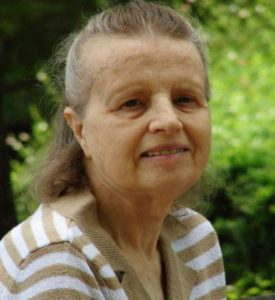 For I know that my Redeemer lives, and at the last he will stand upon the earth. And after my skin has been thus destroyed, yet in my flesh I shall see God, whom I shall see for myself, and my eyes shall behold, and not another. My heart faints within me! – Job 19:25-27

It’s been a very busy spring, and with summer already upon us, things are promising to be even busier.

Home
After many faithful years of serving the Lord in Africa and in the USA, my mother stepped into her eternal reward on January 27, 2018.

Berta became deaf at the age of 4 through measles. She met Andrew Foster in 1960 at an international conference for deaf educators in Germany. She was fascinated by his mission work among the deaf in Nigeria, and soon thereafter dedicated her life to Christ. They married in 1961 and had five children. Through Christian Mission for the Deaf, God used Andrew and Berta to pioneer work in deaf evangelism and education, opening over 30 schools for the deaf and dozens of churches for the deaf throughout central and west Africa. After Andrew’s untimely death in 1987, Berta served as the administrator of CMD until a stroke in 2009 led to her early retirement. I, Tim Foster, was appointed by the CMD board to step in as director. Since then, we’ve pressed on with the original vision of CMD, paying closer attention to improving doctrinal clarity and depth, especially among the young pastors and evangelists we interact with. These past nine years have been an exciting time of exhilaration and frustration, but we know that we serve a Sovereign God who is completely trustworthy. It is He who calls all men everywhere to worship Him in spirit and truth, and we are thankful to continue in that calling.

This past spring, God has blessed us by adding Clifford Bodiford, a deaf Texan, to our board of directors.

Although he was raised with an intellectual awareness of Christ, it wasn’t until he was in his 30s that Cliff came to realize the true depth of his sin and his need for Christ to save him from the consequences of his sin. Since then, Cliff has been faithfully serving at New Life Deaf Fellowship, in Fort Worth, Texas, for the past 21 years, and now serves as an elder. We’re thrilled to have a man with his passion for deaf ministry on our board. Pray for him and his wife, Sherrie, as they’ll both be traveling with us to Africa for the first time in July.

Lord willing, in just a few weeks, our 17-year old son Daniel will also be making his first trip with us to Africa. Due to school schedules and family finances, he has not been able to accompany us on past trips. He’s looking forward to getting a fresh and exciting perspective for the work of God in a radically different cultural context.

Nigeria
Thank you for your continued prayers for John Linus, the young Nigerian pastor-in-training who is currently studying in Texas. The adjustment to life in Texas was more difficult than he expected, and there were a number of times that he wanted to quit and go home. But by the grace of God, he was able to endure the first semester and is now eager to continue his education. Pray that his time in the US will continue to be fruitful, and that he will not fall to the many temptations that are readily available in the US.

Democratic Republic of Congo
We’re pleased to announce the formal adoption of a new school in Baraka, in the eastern province of Fizi. 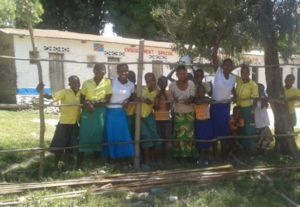 New fence for a new school in Baraka

The school was started three years ago by Shukuru Hertier, a personal friend of mine and a graduate from our Uvira school. Up until 2018, we had been collaborating with him on non-monetary projects, and monitoring his patient faithfulness as he worked to build up the school and pastor the new deaf believers. It’s not uncommon for us to encounter young deaf men with a great initial zeal for starting a deaf school, but rarely do we find someone with both good doctrine and endurance. Unlike several other deaf young men we’ve interacted with over the past decade, Shukuru did not abandon the school or run to foreign donors when he lacked resources. Instead, he turned to prayer and dependence on God, accepting his difficult circumstances, while committing himself to God’s hands to do as He wills. God provided by touching the hearts of a few parents, both in the USA and in Fizi, to contribute to his pauper’s budget. It wasn’t until a week ago, several months after we formally adopted his school, that Shukuru quietly informed me that his first three years were extremely difficult, and how his family members frequently provided food and housing so he could live. I was impressed with his love for God and the deaf. Now that we have formally adopted his school, he’s brought on 2 additional staff members, and with his increased, albeit modest, salary he’s able to live on his own. Pray that God will continue to bless him for his faithfulness to Him. Pray also for his fiance, Riziki Charline, as they plan their dowry, wedding and ministry life together.

Our Bukavu school is now completing its second year of operation. Due to space concerns at our former location, Director Nanza had to relocate the school to a Baptist church just outside of the city. While Bukavu has a large deaf population, many of them have a very low education, and few are interested in coming to our school. Some of them have indicated a resistance to the director because he is older and hearing. Most deaf schools in Africa have a hearing director and staff, so the resentment is peculiar. Pray with us for wisdom as we look to add deaf teachers who are more knowledgeable about deaf life in Bukavu, and able to more effectively minister to the deaf there.

Chad
Construction has resumed at the new Toukoura property just outside of N’Djamena, the country’s capital. The property is now able to house a family, and one of the staff families is moving there this month and starting a small farm. We’ve sent some funds so they can install a well pump this month.

Director Beosso’s motorcycle has long outlived its usefulness. Praise God with us that we’ve been able to assist him with the purchase of a new motorcycle this month.