Return to Articles by Dr. Foster

Roots Out of a Dry Ground 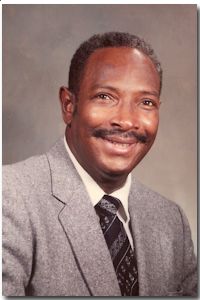 Roots Out of a Dry Ground
by Dr. Andrew Foster (MA, LHD) The time: Sunday morning. The place: Ibadan, Nigeria. Dozens of youths and young adults arrive at the Christian Center. They come by bus, taxi, bicycle and foot from different parts of this city of two million residents. Dressed modernly, they “chat” heartily among themselves though not a word is heard!

What’s unusual about these young people or the meeting itself? At least two facts. All are deaf! And instead of normal sounds, everything is rendered eloquently in the sign language of the deaf, plus speech by some. Yes, here is a deaf young generation in West Africa learning and sharing the Word of God! “Roots out of a dry ground!” The Church of Jesus Christ blossoming among deaf Africans! What’s more, the Ibadan Center is one of six preaching points in Nigeria, Ghana and Ivory Coast organized by the Christian Mission for the Deaf.

Eighteen years ago it was quite a different story. Most of the youths were not only deaf, but also illiterate. Deaf since birth or infancy, they had known no language or even words. Many parents had concealed them out of shame. Some were made to spend their days working on farms, while their more able brothers and sisters were sent to school. A few tried to adapt to society; others, understandably, withdrew themselves. More unfortunately, their spiritual darkness was great too! The cruel double handicap of deafness and illiteracy largely shuts out the soul-saving Gospel of Jesus Christ. To penetrate these barriers for a regular ministry, special schools for the deaf were necessary. None existed in West Africa prior to 1957. Evidently, God’s time had then come for deaf Africans, too, to “hear the Words of the Book.”

Could it be He was preparing an obscure son of an Alabama coal miner for just this task? Reminiscing, a vague longing in my boyhood to go to Africa may have been inspired by God. Deafness at the age of 11 through meningitis only temporarily distracted that desire.

In time, however, this needy field and God’s will for me were brought into focus. The Lord used at least three unforgettable circumstances. Shortly after conversion in Detroit at the age of 17, missionary Arthur Hart, Sr., challenged me concerning the neglected deaf in his Jamaican field of labor and in Africa too. Later, in college, I came across an address book of world schools for the deaf, which listed only 12 in all of Africa. I was really moved by this vast educational and spiritual void among my people! Then in 1954, I attended the Inter-Varsity Christian Fellowship missionary convention at Urbana, Illinois. It dispelled any lingering doubt about God wanting me to become an educator and missionary to the deaf in Africa!

Frankly, I marvel at how God opened the way for my going to Africa when the doors seemed closed. National birth pangs and racial strife encircled much of the continent then. Our small Colored assembly in Detroit was committed to reaching Blacks mainly in our own community and America. Some mission societies turned me down on racial grounds despite my college degrees. Curiously, one board with a world-wide ministry offered to consider me for Japan instead of Africa! Government service, or vocational witnessing, was also sounded out. Yet one subtle deterrent was the invisible handicap of deafness itself, which usually evokes so little sympathy. Nevertheless, I continued to pray for the Lord’s leading. Eventually, with the encouragement of other Christians, the “Christian Mission for Deaf Africans” was organized and incorporated in Michigan in 1956. And, providentially, the next year I left for West Africa -“not knowing whither.”

However, Exodus 33:14, “…My presence shall go with thee…,” soon became more real to me. Many useful contacts were made as I stopped in Liberia and Ghana, both English-speaking countries but with strong vernacular backgrounds. And with my ever-handy writing pad, I communicated with people on all levels without too much difficulty. Of course, it was thrilling to meet fellow deaf Africans face to face at last! Not surprising, most were illiterate. Conversation was limited to natural gestures. A “language track” for thoughts to travel on was needed for more abstract ideas, like witnessing. Thus, the task ahead was clearly primary schooling for their betterment as well as for paving the way for effectively telling about God’s love. Education and gospel work, therefore, have been our main thrust since then. During this period it has been our privilege to pioneer schools for deaf children in Ghana, Nigeria, indirectly in Liberia and recently in French-speaking Ivory Coast.

But recent events have affected the schools in Ghana and Nigeria. Two were nationalized, two closed during the civil conflict, and one merged. Previously, the pattern of work in each place was somewhat parallel. Boarding institutions, though very expensive, were operated so as to reach widely scattered deaf children. A regular primary school curriculum was followed, with the Bible forming part of it. Devotions preceded each day’s work. Other evangelism activities included Sunday school, evening service and mid-week meeting. Communication was by sign language, finger-spelling, speech, speech reading, writing, and other means known as Total Communication. It is indeed heartening to note that some of the spiritual activities continue in our former schools as well as in several offshoots.

Another blessing left by the wind of change is permission for evangelists and other Christian workers to conduct meetings with the school children. National colleagues have been encouraged to take advantage of these opportunities in a few places. But, unhappily, the Lord’s laborers are few! In Ghana, for example, only one co-worker is available part-time; yet the number of public schools for the deaf has fortunately jumped to nine. Our fervent prayer is for more colleagues, both African and overseas.

Today, a growing number of public schools for the deaf in West Africa are turning out scores of youths each year. Realizing their continued spiritual needs we have opened, or encouraged the opening of, Bible classes (loosely, “deaf Churches “) in the large cities of Lagos, Enugu, Accra and Kumasi. Also, recently we purchased a youth center at lbadan. Some results are gratifying. But on the whole, adequate leadership and encouraging the young people to put Christ first in their lives, are two persistent problems. And prayer burdens!

Camp work is another recent innovation. But instead of a beautiful lake or ranch, a boarding school on vacation is often the setting. The Nigerian Youth camp, a rolling green farm, has been the venue several times. Souls have been saved at most sessions so far – for which we praise God! Activities could be greatly expanded were more workers available. Please pray with us that the Lord will send forth the laborers into His widening harvest!

Bible correspondence courses were introduced early in our ministry, as some people become deaf later in life after they have learned to read and write. Increasing literacy among the “pre-lingual” deaf is also heightening demands for the courses. In addition, as Emmaus’ Regional Director for the deaf in Africa, we sometimes advertise the courses continentally. Once free, they are now sold by our Mission at heavily subsidized prices, which also attaches more value to them. The end results are praiseworthy. But this aspect of the work obviously has outgrown my wife’s and a volunteer’s spare time. We are therefore still asking the Lord for a full time Bible course worker.

Training indigenous educational and spiritual leaders among the deaf has been a foremost objective since first arriving in West Africa in 1957. Both deaf and hearing persons have been advised, oriented and in some cases assisted financially to train for such roles. Some of the “trainees” deafened after childhood have studied at renowned Gallaudet, the world’s only liberal arts college for the deaf, in Washington, DC. Several have returned to Ghana and Nigeria and are capably assisting their governments with the social affairs of the deaf. But more spiritual leaders are still sadly wanting! Our Standing offer (in faith!) to shoulder all expenses at local evangelical Bible colleges has up to now attracted only three deaf persons, with one dropout. We crave everyone’s prayer f or the important task of training sound national spiritual leaders among the deaf.

A long-desired local Bible institute specially for the deaf was finally opened in September, 1975. We praise God for this significant advance! Called the Africa Bible College for the Deaf (ABCD), it is located in Ibadan, Nigeria. It forms part of the Christian Center, which already houses our meeting place, offices, residence, printing press, carpentry shop, and, hopefully, a needlework class. The Lord’s provisions have immensely encouraged us! We are confident that He will supply sponsors for these deaf Bible students. Pray for more deaf Africans to train f or evangelizing deaf Africans!

On to French Africa

Deaf souls in French-speaking Africa have been our burden, too. A break-through came early in 1974 with the launching of a school on the outskirts of Abidjan, Ivory Coast. Its establishment is significant for French Africa in two, ways: It is the only evangelical witness among the deaf, as well as the only such special school, besides those in Zaire, Madagascar and Congo. What tremendous needs for prayer and vision on the part of the Lord’s people everywhere!

“What are some results of your ministry?” one undoubtedly wonders. Eternity alone will reveal that fully! However, we have been privileged to see hundreds of deaf children learn to read, write and communicate – especially to see them read their Bibles and Gospel literature independently. Our greatest joy has been to witness some two score deaf persons accept Jesus Christ as their Savior and follow Him in baptism. Several are helping with the work, and how we thank God!! Prayer for more understanding of, and yielding to, the Lordship of Christ would be appreciated.

“Who are your workers?” we are frequently asked. Several Michigan assembly brethren mind the home end. On the field, a small team of faithful African brethren share the burden with my wife Berta and me, full or part time. Berta, who is deaf too, and I met in Germany in 1959 and were married in Nigeria in 1961. Sandwiched between heavy administrative work, she has carried on private studies as well as mothered our five children -always sweetly reminding me of Proverbs 31:10-31. Our three older children have helped considerably also, especially with interpreting. May we seize this opportunity to thank all for prayer remembrance and fellowship!

“What of the future?” you may question. That all depends. Many factors must be considered. Education of the deaf is mushrooming. Roughly 500 restless deaf youths are now literate in West Africa. Over twice the number are studying in various special schools. Elsewhere on the continent, around 50 schools for the deaf now exist, with a staggering student and alumni population. Many countries as yet have no facilities for their deaf citizens (1 out of every 1,000 persons), while others are begging for more! Satan, here, as in other places, is subtly at work through secularism, materialism, pornography, liberalism, religious sects, paganism and so on. Besides our ministry, only one or two other evangelical efforts for the deaf exist in the whole of Africa to stem these tides with Jesus Christ in all His fullness.

The future, therefore, depends upon our attitude today towards the Bible’s formula for evangelizing the world, and planting the Church of Jesus Christ, even among deaf Africans. As we are aware, the Scripture’s methods are earnest prayer, supporting Biblically sound ministries and personal service. To maintain and expand this gospel witness among the deaf of Africa, may God challenge each and everyone of us like Joshua.: “There remaineth yet very much land to be possessed.” Tomorrow may be too late!

“He hath done all things well: He maketh both the deaf to hear, and the dumb to speak.”

Articles by Dr. Foster Roots Out of a Dry Ground The Social Aspect of Deafness Twelve Scriptural Reasons…